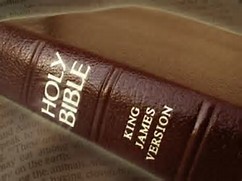 We believe that there is one, and only one, true & living God; that He is absolute in nature, perfect in attributes, holy in character, the maker of & supreme ruler of heaven & earth; that He is infinite in wisdom, marvelous in power, & amazing in love; that He is holy, righteous, & true, worthy of all confidence & love; that he unites in Himself the infinite, the eternal, & the Almighty Three — God, the Father, & God, the Son, & God, the Holy Spirit; that the three persons of the God-head subsist in the same divine nature, essence & being; & that they are coexistent & coequal in every divine attribute, each one executing distinct but harmonious offices in the great work of redemption.

(B) The Divine Trinity

(1) God, The Father.  We believe that God, the Father, is the first person set forth in the divine Trinity; that He is Almighty, merciful, & just; that He is holy, righteous & true; that He is eternally existent, glorious in nature, possessing the attributes of omnipotence, omniscience, & omnipresence; & that He, in harmony with His divine office, loves, provides, & protects, thus exercising providential watchcare over the sons of men, & especially a fatherly care over the children of God.

(2) God, The Son—Virgin Born.  We believe that God, the Son, is the second person set forth in the divine Trinity; that He is Very God of Very God; that He is Almighty, merciful, & just; that He is holy, righteous, & true; that He is eternally existent, glorious in nature, possessing the attributes of omnipotence, omniscience, & omnipresence; that God, the Father, through the Holy Spirit, is actually & eternally His divine Father, & Mary the virgin, is actually & innocently His human mother; & that He, in harmony with His divine office, mediates, seeks, & saves, thus exercising the mediatorial office of redemption.

(3) God, The Holy Spirit.  We believe that God, the Holy Spirit, is the third person set forth in the Divine Trinity; that He is Almighty, merciful, & just; that He is holy, righteous, & true; that He is eternally existent, glorious in nature, possessing the attributes of omnipotence, omniscience, & omnipresence; that He restrains the world, the flesh, & the devil; that He witnesses to the Truth, convicts the lost, extols the Christ, & testifies to the righteous judgments of God; that He, in harmony with His divine office, comforts, teaches, testifies, preaches, guides, regenerates, empowers, sanctifies, & anoints, thus exercising the quickening role in the works of saving the lost & the supervising role in the life of the saved.

(C) The Devil.  We believe that Satan is an actual person, & not an imaginary influence; that he once enjoyed high heavenly honors & glorious heavenly privileges; that he, through pride, ambition, & self-will attempted to betray the Almighty & brought down upon his head the judgment of God; that he operates today as the god of this world & the prince of the power of the air; that he is a diabolical inventor, an arch-deceiver, & the father of all lies; that he is the greatest enemy, the mightiest tempter, & the most relentless accuser of the saints; that he shall one day be incarnate in the person of the Anti-Christ & in that role will finally meet the Christ in the Battle of Armageddon; that there “the seed of the woman shall bruise the serpent’s head;” & that he shall eventually be cast into the lake of fire, the eternal place of punishment, prepared for the devil & his angels.

(D) The Holy Bible.  We believe that the Holy Bible is a supernatural Book; that it is the very Word of God; that it is the full, the final, & the complete revelation of God’s will to man; that it has God, the Holy Spirit, for its author, salvation for its end, & truth in the original without any admixture of error for its matter; that it was written by holy men of old under the immediate & direct dictation of the Holy Spirit; that it is verbally inspired & a perfect treasure of holy instruction;  & that it reveals the principles by which God will judge us, & is, therefore, the true center of Christian union, & the supreme standard by which all human conduct, creeds, & opinions shall be tried.  The King James Version of the Bible shall be the official & only translation used by this church.

(E) Creation.  We believe that the Genesis record of creation is literal, & not allegorical or figurative; that God personally created the heavens & the earth; that He miraculously brought forth all original matter out of nothing;  that He actually fashioned all organic forms as specific creations subject to limited changes within the specie; that He definitely ordained each specie to bring forth after its kind;  that He finally formed man out of the dust of the ground, not by any process of evolution but by instant action, & breathed into his nostrils the breath of life & man became immediately a living soul;  that he created man in the image & likeness of God;  that His every creative act was complete & perfect in itself; & that not one of His creations was conditioned upon antecedent changes naturally wrought during interminiable periods of time.

(F) The Fall of Man.  We believe that man, originally created in holiness & actually associated with God in innocence under His law, did, by voluntary transgression of the Lord’s command, fall from the high & happy state in which he was created, &, as a consequence, became a sinner alienated from God & brought upon himself & all mankind just condemnation; & that he is now, by virtue of his fallen nature, utterly void of holiness, positively inclined to evil, & actually condemned to eternal ruin, without defense or excuse.

(G) The Blood Atonement.  We believe that the lost sinner is guilty & already under just condemnation; that he is by nature alien to God & because of sin condemned to die;  that atonement for sin was effected through the mediatorial office of the Son, Who, by divine appointment, freely took upon Himself our nature, yet without sin;  that He, through obedience during His earthly walk, personally honored the divine Law by keeping it, &  through His death on the cross, actually satisfied the penalty of the offended Law by suffering in the sinner’s stead;  that He, through His obedience & sacrificial death, made full & vicarious atonement for all sin;  that He died, the just for the unjust, bearing our sins in His body on the tree; & that He, through the shedding of His blood on the cross of Calvary, evidenced eternal provision for cleansing, for pardon, for peace, & for rest.

(H) Repentance and Faith.  We believe that repentance & faith are solemn & inseparable prerequisites of salvation; that they are inseparable graces wrought in the heart by the quickening Holy Spirit; that the alien sinner, being deeply convicted of sin, of righteousness, & of judgment to come by the personal ministry of the Holy Spirit, & by Him having his understanding enlightened so that he can see the way of salvation through Christ, does actually repent, turning to God with unfeigned contrition, confession, & supplication, & does actually believe, surrendering himself wholeheartedly to the Lord Jesus, immediately receiving Him as personal & all-sufficient Savior & openly confessing Him before all men.

(I) Salvation By Grace.  We believe that grace is elective & saving;  that it embraces the personal triune, & redemptive ministry of God, the Father, & God, the Son, & God, the Holy Spirit;  that it comprehends all of the labors put forth by the Almighty in the interest of perfect righteousness & the salvation of the lost soul;  that it encompasses foreknowledge, foreordination, & predestination;  that it, & it alone, saves even to the uttermost all who repent toward God & believe in the Lord Jesus Christ;  & that salvation thus wrought is wholly by grace, “The free gift of God,” requiring neither culture nor works in any form to secure it or to keep it.

(J) Regeneration.  We believe that in order to be saved, lost sinners must be regenerated, or born again;  that regeneration is a recreative act, far beyond comprehension, wrought in the believer’s heart by the direct personal ministry of the Holy Spirit;  that it is instantaneous, miraculous, & nonevolutionary or cultural;  that it embraces the divine acts of cleansing the heart from all inward sin & of pardoning the soul of all outward guilt, in connection with the work of begetting a new creature in Christ Jesus;  that the dead sinner is made to live through the new birth, becoming thereby a regenerated spirit, possessing eternal life, the gift of God;  that the new birth comes after the Holy Spirit secures voluntary repentance & belief in the gospel;  that it is the actual impartation of the divine life, not a mere transformation of the human life;  & that the proper evidence of regeneration appears in the holy fruits of the obedient & willing faith of the followers of the Lord Jesus.

(K) Justification.  We believe that justification is one of the great gospel blessings secured through Christ for all who trust Him;  that it is a legal & divine decree, declaring the believing sinner just;  that it is thus a state of being free from condemnation, including forgiveness for inward sins & pardon for outward sins;  that it secures through faith freedom from legal bondage, exemption from the wrath of God, & possession of peace which passes all understanding;  that it is bestowed, not in consideration of any works of righteousness which we have done, but solely upon the evidence of faith in God & the Redeemer’s blood;  & that it brings us into a state of unchanging peace &  favor with God & secures every other blessing needful for time & for eternity.

(L) The Security Of The Believer.  We believe that salvation wrought by grace is everlasting;  that the saved soul journeying through the valley of the shadow of death need fear no evil;  that the Holy Spirit-begotten & born are kept by the power of God;  that the believer in Christ Jesus shall not be brought into judgment;  that no one can lay anything to the charge of God’s elect;  that they are securely held in the hand of the Father & the Son;  & that the age-old Baptist doctrine, “Once in grace, always in grace.” is heavenly & gloriously true.

(M) Sanctification.  We believe that sanctification is divine work of grace;  that it is not a state of sinless perfection attained through a “second blessing” or through a special “Baptism of the Holy Ghost;” that it is an act of grace by which the believer is separated unto God & dedicated unto His righteous purpose; that by it we enter into divinely appointed privileges & thus become larger partakers of His holiness; that it is a progressive work, begun in regeneration, & carried on in the life of every believer by the presence and the power of the Holy Spirit & the Word of God, & the saved through his self-examination, obedience, self-denial, watchfulness, & prayer.

(N) The Lord’s Return.  We believe that Christ Jesus is coming back to earth again;  that His return shall mark the advent of the “day of the Lord” & usher in the millennium; & that He shall in that day turn the tables on Satan, take up the throne of His father David, put down all of His enemies, rule with a rod of iron, triumph over sin, & give the world an example of righteous government during His thousand years of personal reign on earth.

(O) The Resurrection.  We believe that Christ Jesus arose bodily from the grave on the first day of the week, which day we now observe as the Lord’s Day, a day of worship;  that His miraculous emergence from the tomb forecasted a like bodily resurrection for every member of the Adamic race;  that the dead in Christ shall rise first in glorified bodies like His;  that they shall be caught up to meet the Lord in the air;  that the dead in trespasses & sins, or the dead out of Christ, shall rise at the close of the millennium;  & that they shall be brought before the Great White Throne Judgment & there face the Judge of the quick & the dead.